Fork me on GitHub

This is a very simple experiment to demonstrate the importance of compiled languages over dynamic or interpreted languages when it comes to system programming or high degree of efficiency.

C# run: Note: use mono on macOS/linux only.

To obtain the time spent on execution, measure the last line of each run with time multiple times and get the average.

Clearly, the way of optimization of this pure calculation logic in compiled versions as we see in static compiled languages outperformed the interperted languages (except nodeJs) drastically in terms of speed. Additionally, Java and C# results show the outstanding optimization made to the compiler and runtime JVM/CLR to perform nearly identical to the low level languages, for such essential looping computing.

The two figures below show the comparison between C++, C#, Java, Ruby, and Python languages in terms of both speed (time) and memory (space). 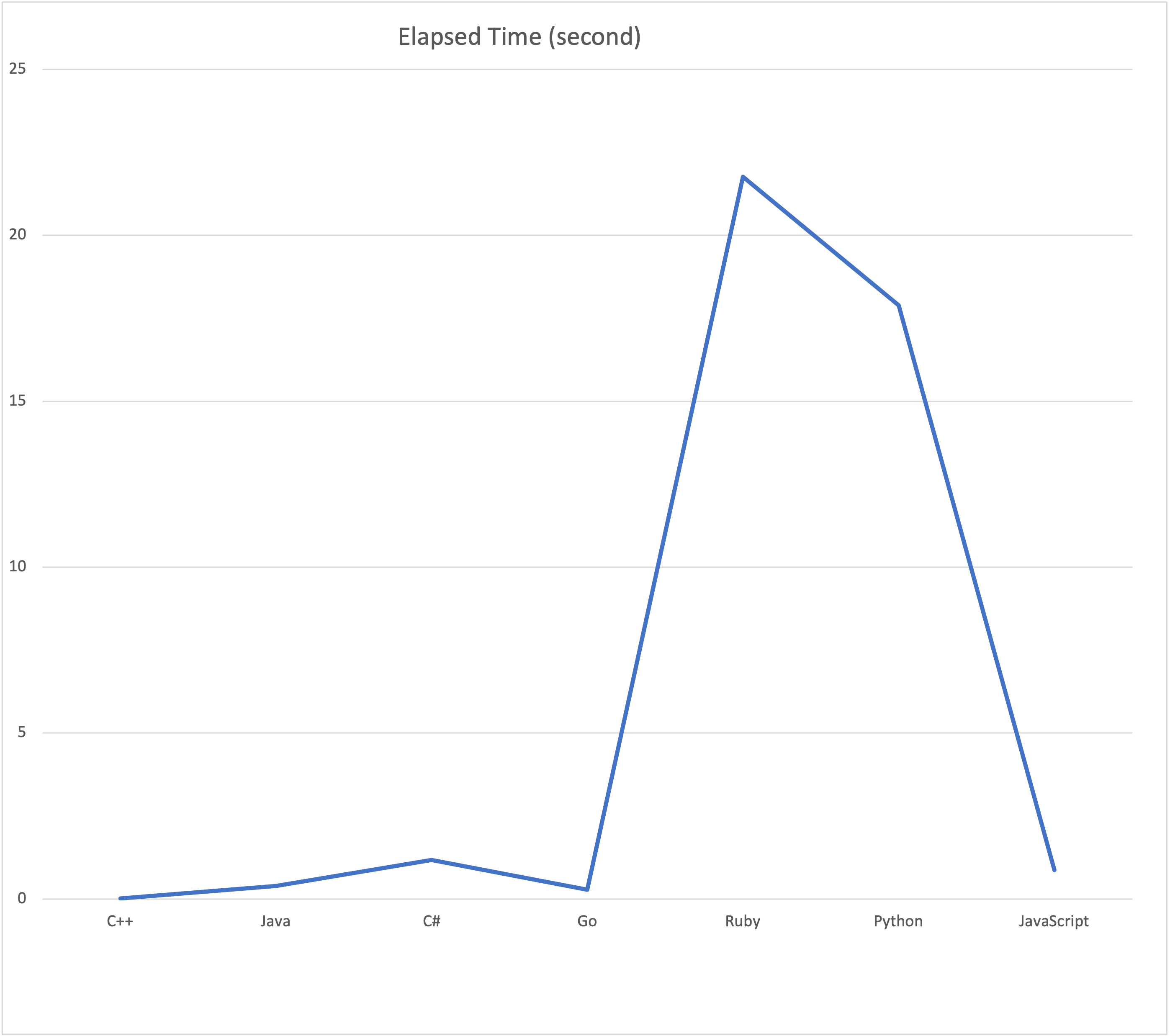 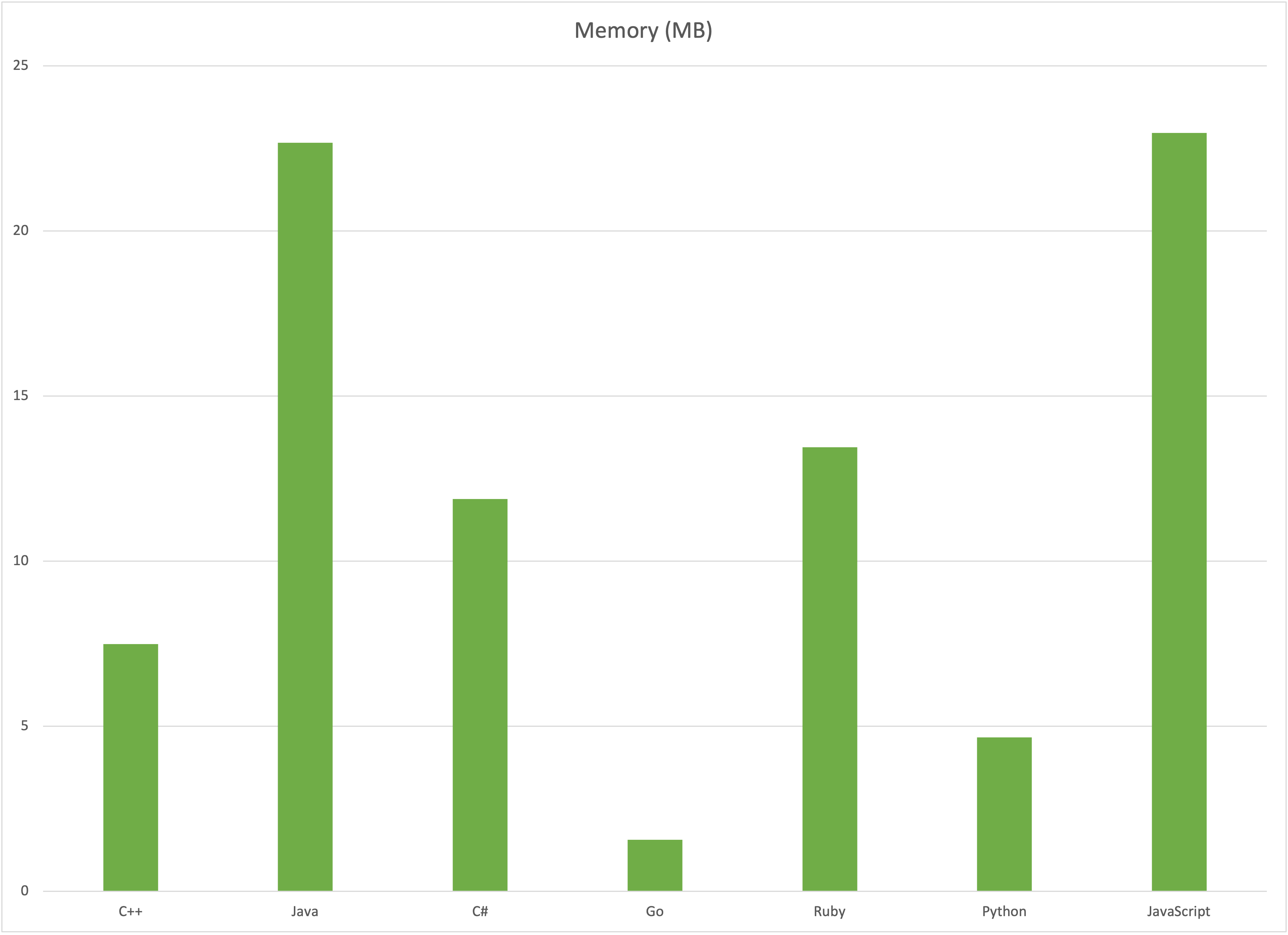 All PRs are welcome for other languages or improvements on Github.